M15P4LDW understand this truth in this 2020 Election there was 80,000 thousands registered voters in a particular area, after election night; that area counted more than 100,000 thousands votes (mail in fraud, voting machine errors, etc)

Therefore you will see ONLY THE FAITHFUL WILL FIGHT for the integrity of the 80,000, while the unfaithful will willingly submit to LIES, DECEIT and LAWLESSNESS! 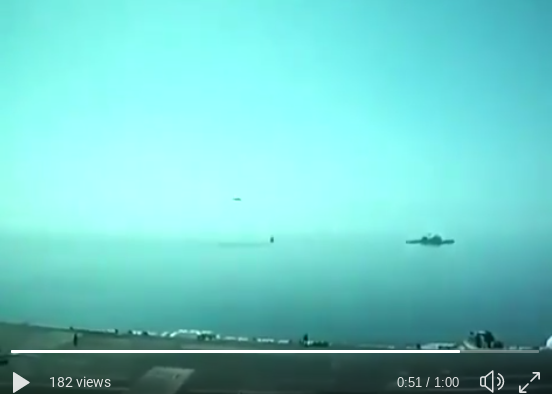 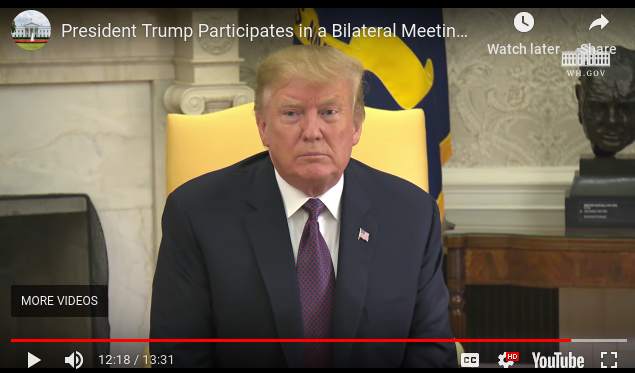 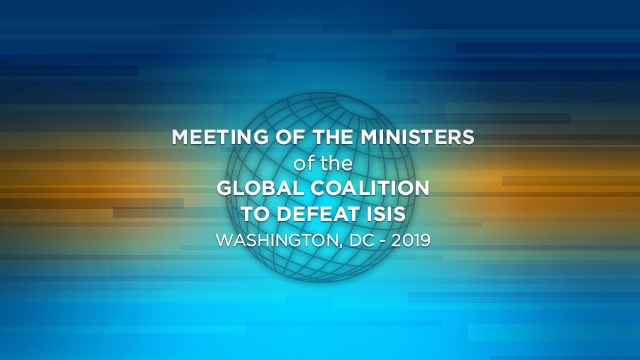 M15P4LDW the May 15th Prophecy Video told you the Dealmaker would come in and defeat ISIS with 100% Accuracy, here is an update 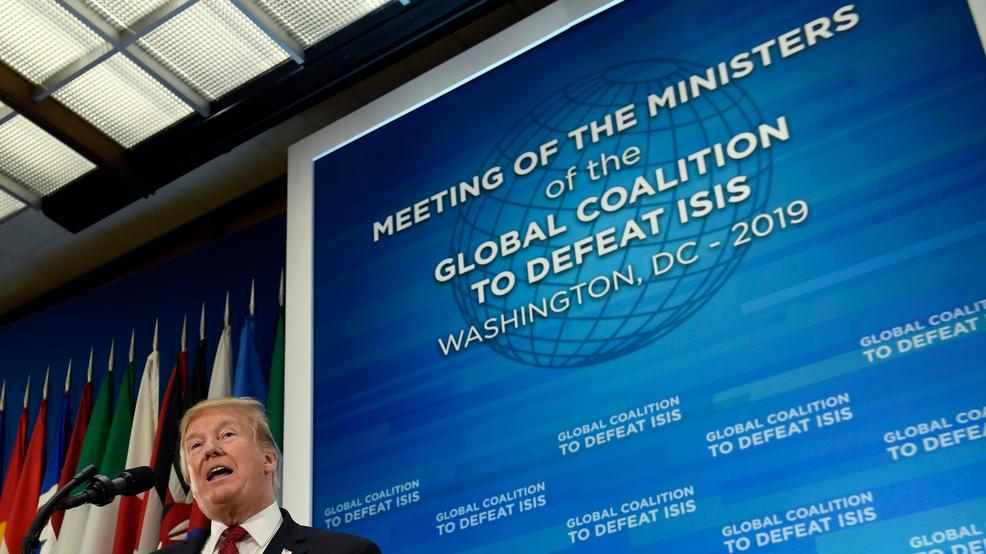 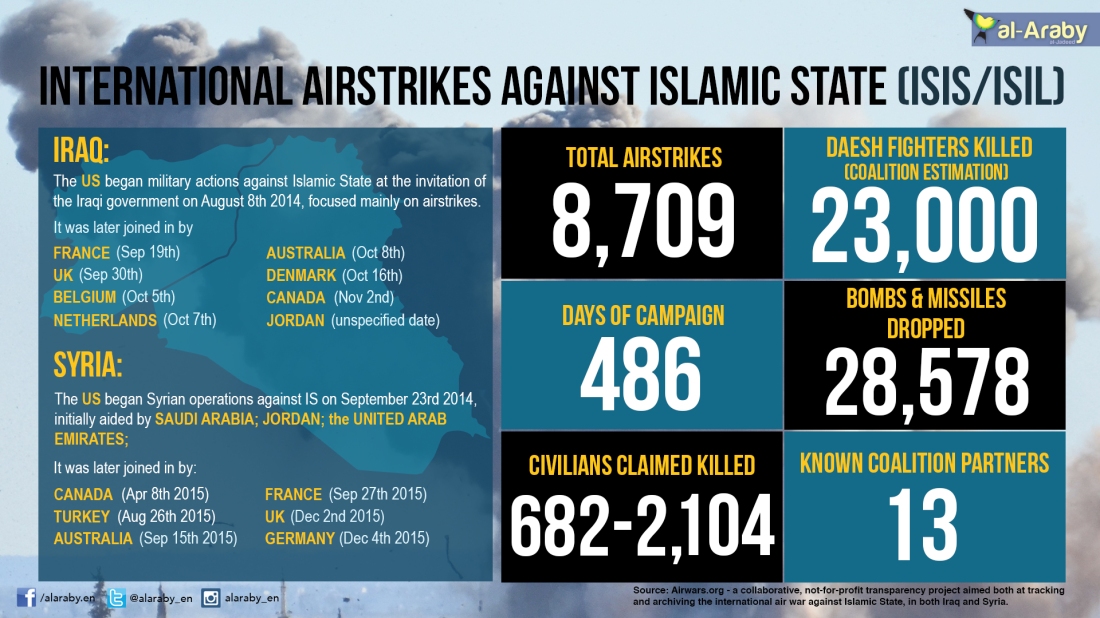 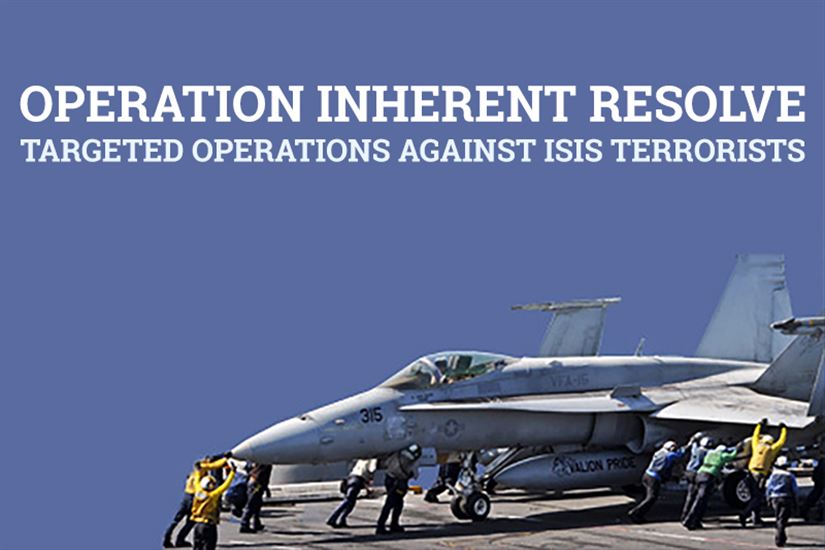 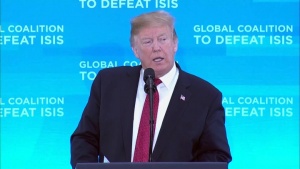 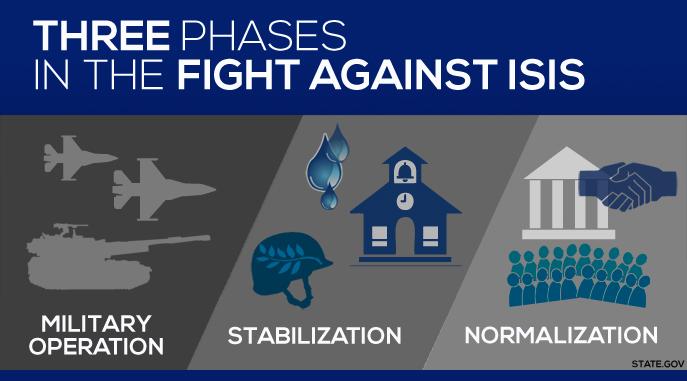 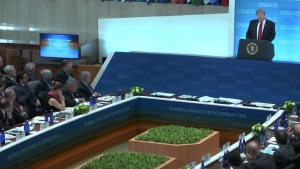 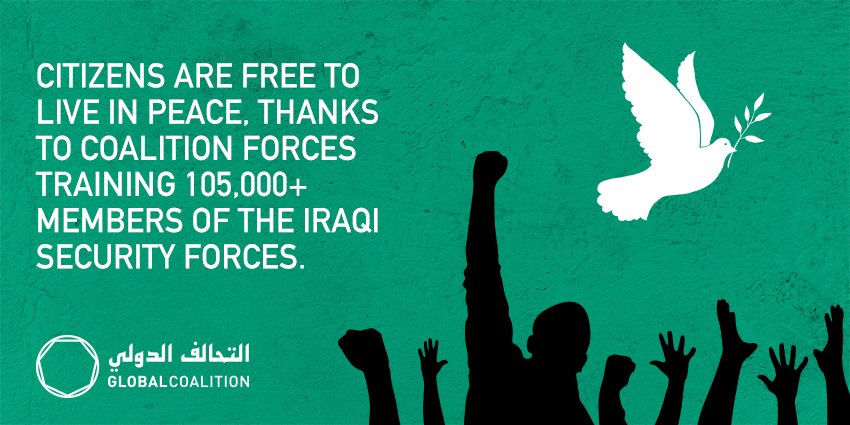 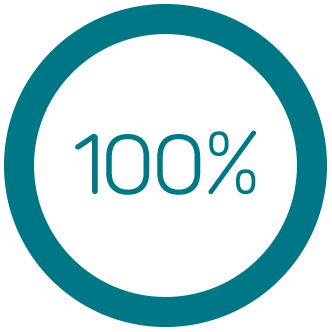 Visit and see what happens next?

The Space Force will organize, train and will equip national security space forces of the United States to ensure unfettered access to and freedom to operate in space and to provide vital capabilities in peacetime and across the spectrum of conflict

They will protect the nation’s interests in space and the peaceful use of space for all responsible actors, all the while deterring aggression and defending the nation.

U.S. allies and U.S. interests from hostile acts in and from space while projecting power in, from and to space in support of the nation’s interests

It would also be responsible for overseeing the acquisition of all space technologies and weapons, including a new Space Development Agency.

God’s Word is the straight path, therefore, walk in it that you may see what happens next with 100% Accuracy! 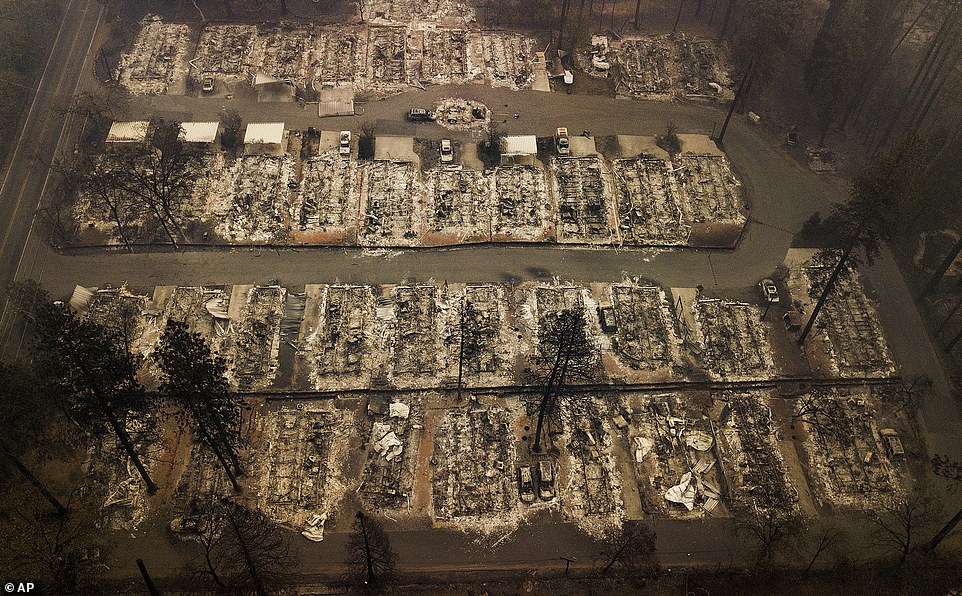 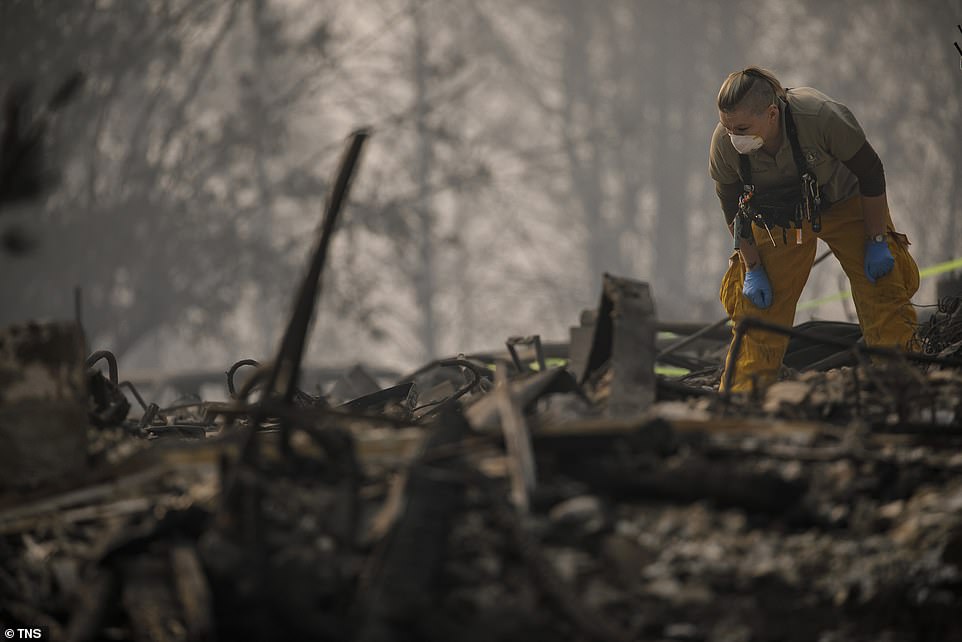 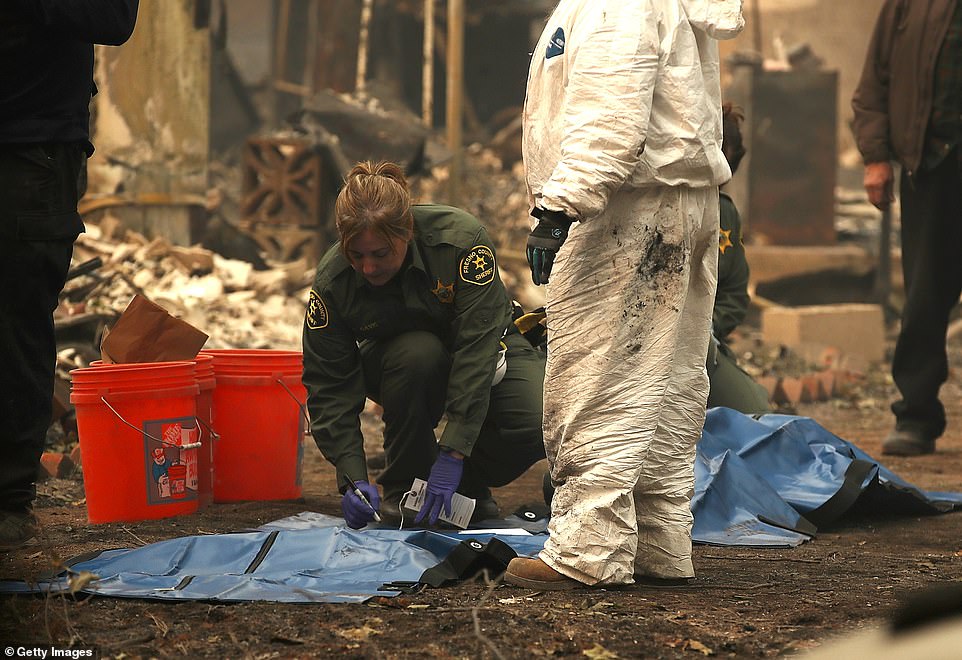 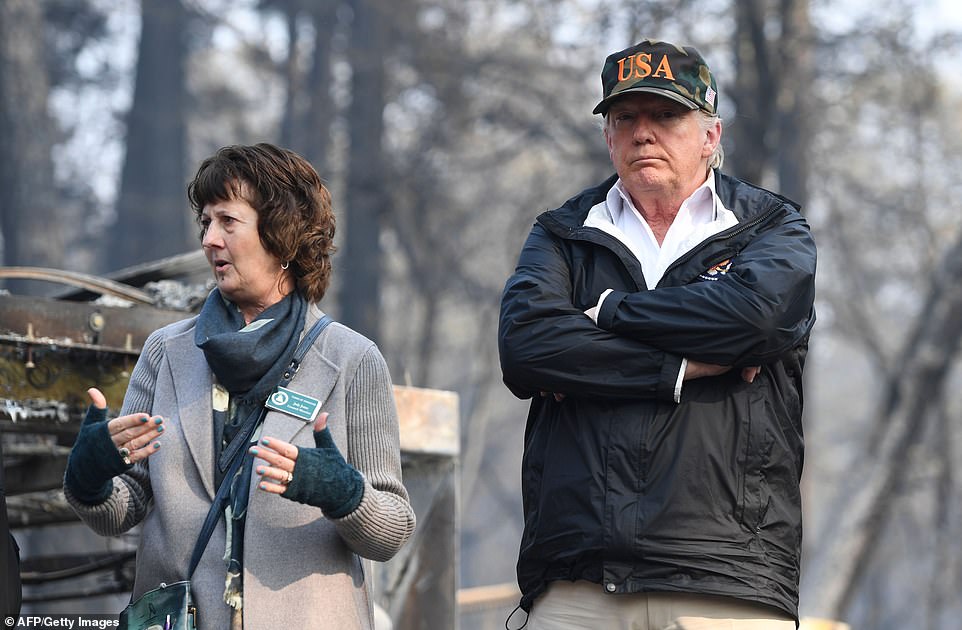 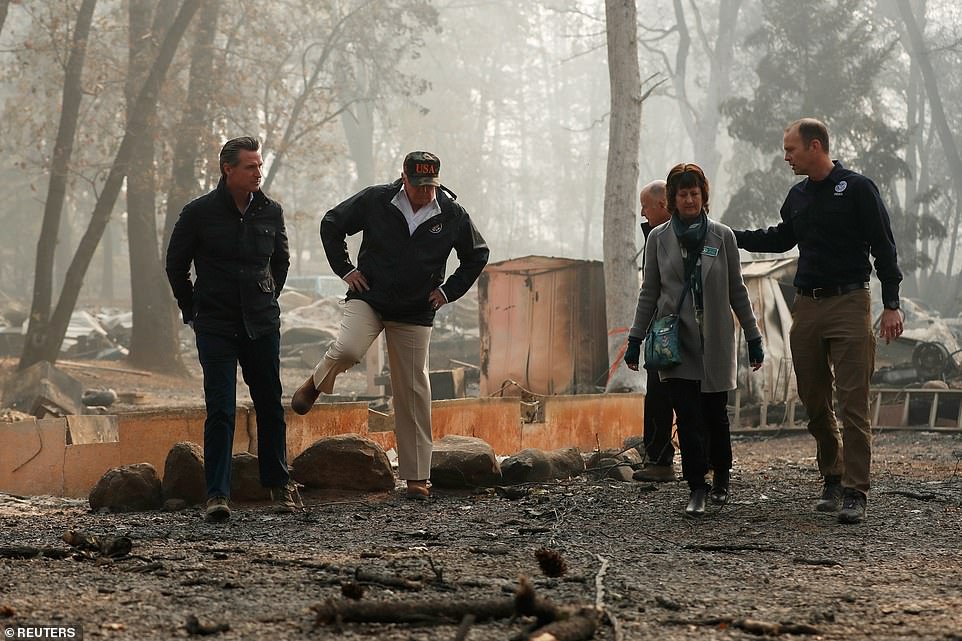 How Misguided Environmentalism Is To Blame For California’s Wildfires

Incredible to be with our GREAT HEROES today in California. We will always be with you! pic.twitter.com/B1MCTF83Zf 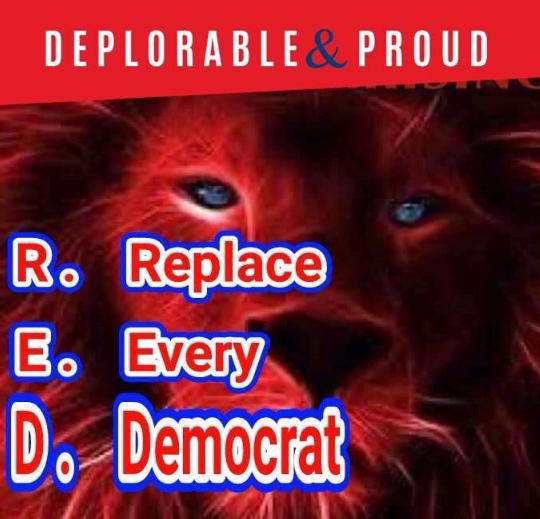 This year 2018 Mid Terms not a single Dem’s Are Crap got my Leon (The Lion) Davis vote! 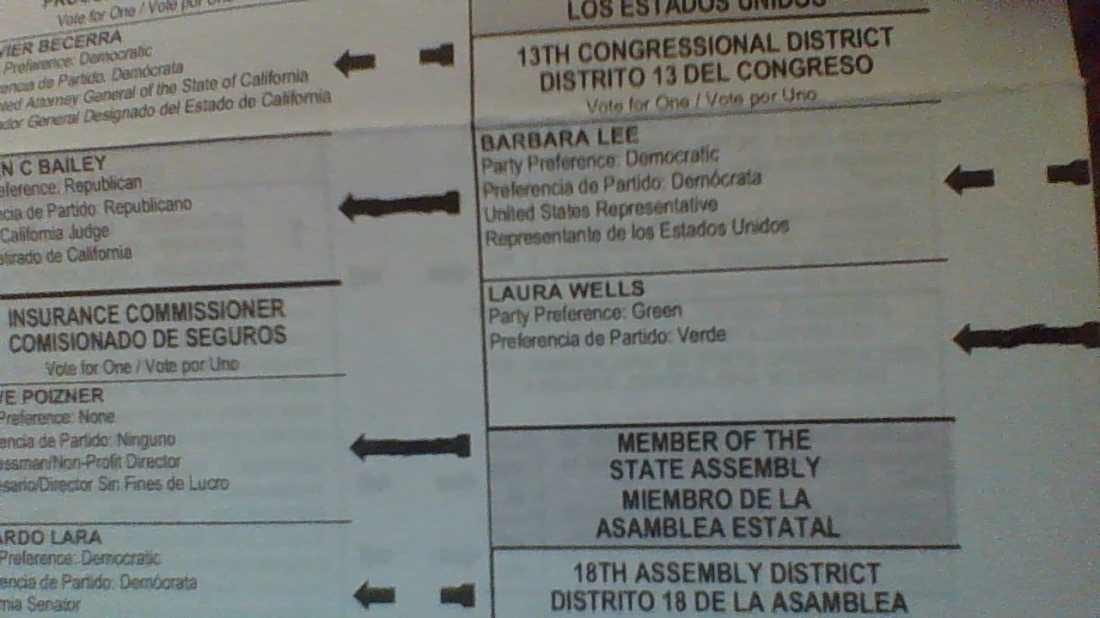 So I guess you can say I #BLEXIT – #WalkedAway – #LeftTheLeft and #DITCH and SWITCHED all rolled into one just as the May 15th Prophecy Video has proclaimed with 100% Accuracy!

Evidence on this matter has trickled out slowly over the course of about two years, it has come in the form of sworn testimony from witnesses interviewed by Congress, information revealed by the Justice Department’s inspector general, government documents and text messages, and court files.

U.S. government insiders, colluding with numerous foreign citizens and governments conspired to interfere in the 2016 election.

Second, after the election, these figures conspired to undermine, oust, and perhaps even frame Trump and some of his associates. 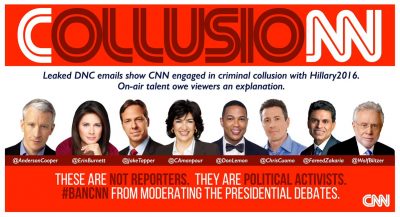 The methods used, according to factual accounts and witnesses, include collusion with reporters and politicians, leaks to the press, and paid political-opposition research.

Officials in the intelligence community were involved in the effort, which included the use of the Foreign Intelligence Surveillance Court (FISC), domestic and foreign informants or spies, and electronic surveillance.

Yemen-born ex-British spy Christopher Steele used Russian sources to gather unverified political opposition research against Trump for the DNC and the Clinton campaign,  Steele and the company he worked for, Fusion GPS, delivered the research to reporters, Sen. John McCain (R-Ariz.), and the FBI.

The bureau then used the material, in part, to obtain warrants to wiretap one or more Trump-related associates, in apparent violation of strict FBI rules called Woods procedures. The Woods procedures prohibit the FBI from presenting a single unverified fact to the FISC to get a warrant.

There were orchestrated leaks of anti-Trump information and allegations to the press, including by ex-FBI Director James Comey and some of his colleagues, friends, and acquaintances.

Who outlined a conspiracy in his Lawfare blog in October 2016: “What if Trump wins? We need an insurance policy against the unthinkable.”

Wittes wrote that his vision of an “insurance policy” against Trump would rely on a “Coalition of All Democratic Forces” to challenge and obstruct Trump, using the courts as a “tool” and Congress as “a partner or tool.” he even mentioned names of people he said had agreed to help with the plan and evoked possible impeachment two weeks before Trump was elected.

Some of the same FBI officials who were questioned over their role in clearing Hillary Clinton for mishandling classified information, and who gave immunity to her close associates, also played roles in building the case against Trump for alleged improper Russia ties.

Moved: Charles Kable, FBI agent in charge of the Counterintelligence Division of the Washington Field Office

This highlights a scenario that may be unique, at least in terms of scope, in modern U.S. history, when some at the top levels of our government intelligence and law enforcement agencies are accused of malfeasance or crimes, they have the power to choose not to investigate or prosecute themselves.

They can launch investigations into their political enemies and claim obstruction if the enemies try to stop them, they can withhold key information from the elected body that has oversight power over them: Congress.

M15P4LDW as Obama inter into mid-terms campaigning, know and understand what The Lord Of Host promised regarding him are 100% Accurate, see (image below from 2009 The Obama Administration in Prophecy)

The grand total: a net loss of 1,042 state and federal Democratic posts, including congressional and state legislative seats, governorships and the presidency.

The latter was perhaps the most profound example of Obama’s popularity failing to translate to support for his allies,  Hillary Clinton, who served as secretary of state under Obama, brought the first family out for numerous campaign appearances, in September, Obama declared that his “legacy’s on the ballot.”

Was God Word 100% Accurate? therefore the Lord Of Host has appointed you to see what happen next at

LastDayWatchers know and understand what’s happening today, as our Father who is in Heaven, calls us to faith (bearing witness to The Truth) and faithfulness that we may have a pleasing account unto Him. Therefore know The Evil One aka Fallen One who is the Devil called Satan will always use the lies of unfaithful men who gather to form a cabal. 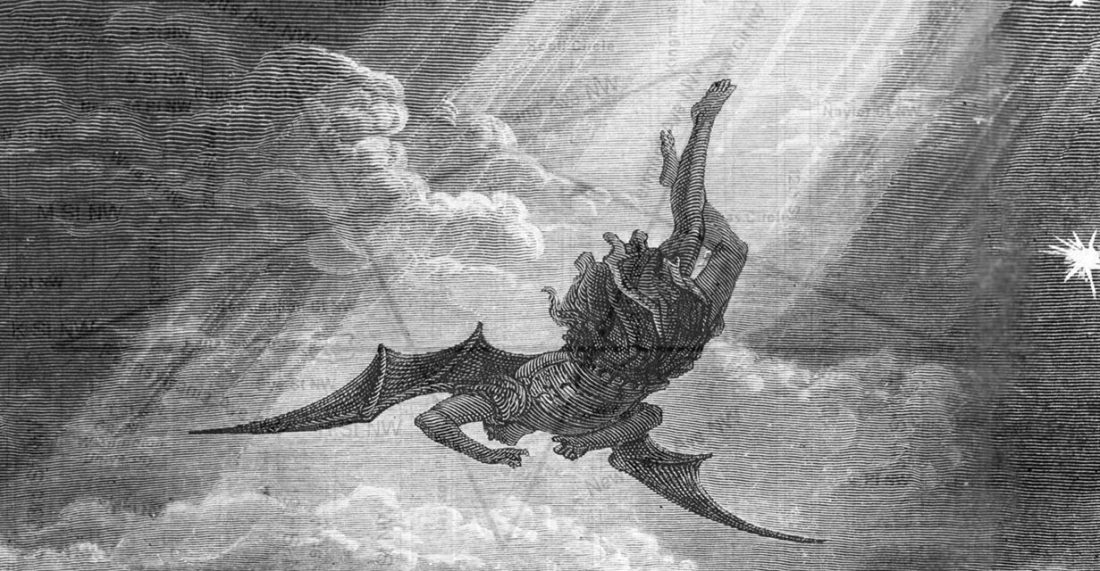 Now this Lying Cabal consisting of (Peter Strzok, James Comey, Bruce Ohr and, of course, John Brennan,) knew that Sergei Millian was a source, they knew he was a Russian asset and knew he was lying about claim relating to the Trump campaign, however, the Steele dossier they presented to the FISC court made sure not to cite him (Sergei Millian) as a Kremlin source, instead portraying him as a insider in the Trump Organization.

The Lying Cabal (Peter Strzok, James Comey, Bruce Ohr and, of course, John Brennan,) made no effort to tell FISC that they knew these key Sergei Millian allegations were false, that he was not a Trump insider, that he had no knowledge of the campaign’s doing’s and that he was likely a false-flag Russian asset all important failures of disclosure on their part.

This Lying Cabal knew of the falsity of Sergei Millian allegations, the charges made by Millian became the core of the anti-Trump narrative, leaked at first by the unscrupulous Harry Reid, after a private briefing by Brennan.

They The Lying Cabal (Peter Strzok, James Comey, Bruce Ohr and, of course, John Brennan,) were also key in the post-election efforts to delegitimize Trump’s win and to begin an investigation culminating in the appointment of Special Counsel Mueller. 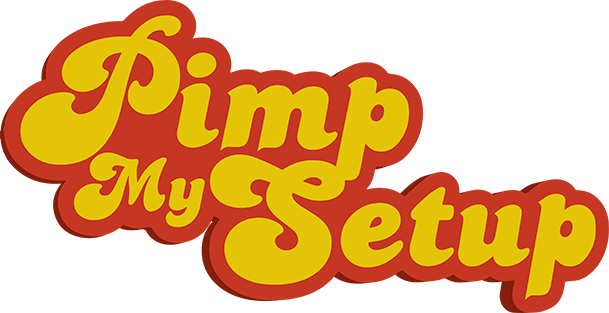 Did the May 15th Prophecy Video tell you years ago that you would see them use LIES, DECEIT and SLANDER?

Therefore see what happens next with 100% Accuracy

SO LET BE WRITTEN, SO LET IT BE DONE! https://515loupe.wordpress.com/

Get ready for Blast Off! https://may15thprophecy.wordpress.com/

Rising Up! just as it has been proclaimed with 100% Accuracy by the May 15th Prophecy Video https://youtu.be/FxG89qldxLo Meanwhile on earth inside the swamp! (Because you can go up or you can go down)

Liberals are so obsessed with Donald Trump. But maybe they should start looking in the mirror. The problem is they won’t like what they see.

Donald Trump isn’t hurting you. You’re hurting and killing yourselves. You are your own worst enemies. You can never admit that, so you focus all your anger, bitterness, frustration and humiliation on Trump.

Take the economy. Liberals refuse to admit the economy was horrible under Obama. They refuse to face facts. Obama spent the most taxpayer money in history. He created the most debt in history. He presided over the most people on welfare, food stamps and disability in history. And he produced the worst economic growth in history. Obama is the only president in America’s history to never produce a single year of 3% economic growth. Even Herbert Hoover and FDR in the depths of the Great Depression managed one good year. Not Obama.

Obama’s economy was exactly like Jimmy Carter’s economy. You cannot get more proof positive than those 12 combined years of misery and malaise.

Trump has just produced an economic growth of 4.1%. And the Fed is predicting in the neighborhood of 5% growth in the next quarter. Amazing. But that’s just the start. Days ago, we found out inflation is low and jobless claims are the lowest in 48 years! Trump’s economy has produced unemployment figures not seen since the 1970’s when America had a much smaller population.

Keep in mind, all of these remarkable economic and job growth figures have happened while the Fed is raising interest rates and Trump conducts a massive trade war.

NOTHING slows down the Trump economic miracle.

Yet liberals still can’t admit they’re wrong and their policies are a total unmitigated disaster.

Then there’s life and death. Seventy-two people were shot in Chicago last weekend, 13 killed. This is a black-on-black genocide on the streets of a 100% Democrat-controlled city. A city with the strictest gun control laws in the country. This is what happens with liberals in control of inner cities like Chicago, Detroit and Baltimore. These cities have been ruined. Life is a tragedy for the millions of poor people (almost 100% minorities) trapped in these cities. Things are so bad in Democrat-controlled Chicago, black leaders are begging the U.N. to send a foreign peacekeeping force to police the streets. 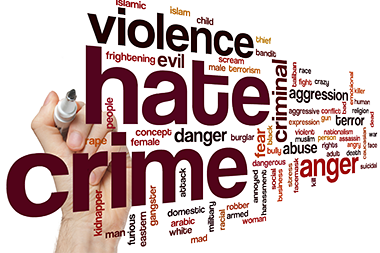 Yet liberals still can’t admit they’re wrong and their policies are a total unmitigated disaster.

Take the fires in California. Once again, liberal policies are killing people and destroying the quality of life. They foolishly blame “climate change” for massive fires. That’s because they can’t take the truth- they’ve caused this disaster with insane, extreme, radical environmental policies. Firemen are dying, citizens are dying, millions forced to evacuate, thousands of homes destroyed- all because liberals in California spent ten times more last year on subsidies for electric cars than on than on dead tree clearing,  then there’s timing. California liberals claim the fires have grown more intense since 2012. Well, of course, they have, sweet snowflakes! That was the exact year Obama passed strict new environmental rules governing 193 million acres of national forests and grasslands.

In other words, once again liberals have failed miserably. It’s called “eco-terrorism.” They’ve brought this nightmare upon themselves.

Why do liberals keep hurting themselves? The answer is simple. They can’t look in the mirror. They will never learn from failure because they refuse to accept blame.

As Saul Alinsky taught them- never admit failure, always blame someone else.