The Mexican government on Wednesday arrested 350 Central Americans, including two prominent “migrant rights” activists, who were part of a large group headed toward the United States. Mexico is also planning to deploy an additional 6,000 national guard troops to its border with Guatemala.

Do not underestimate the power of a few dozen multinational banks and corporations calling Lopez-Obrador and his ministers demanding assurances; concrete assurances; of their follow-through. This puts massive pressure on Mexico to comply with the agreement. 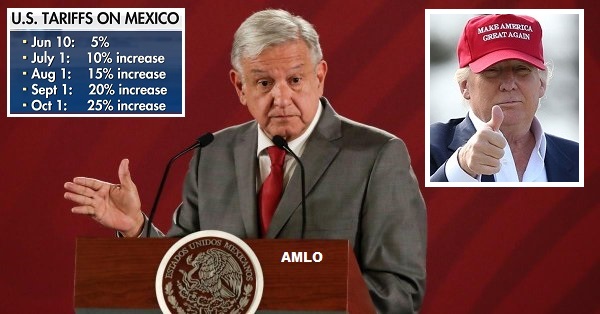 This time it’s business, a high-stakes multi-billion business issue with multiple downstream consequences. That’s the difference with business-centric President Trump in the White House; he is not a politician.