Protester chant “Reza Shah (Pahlavi), Bless Your Soul”, just as the May 15th Prophecy Video has proclaimed with 100% Accuracy

Because the world only knows about the political, but the Spiritual they do not understand neither do they perceive.

Why are Iranians Chanting “Reza Shah”? 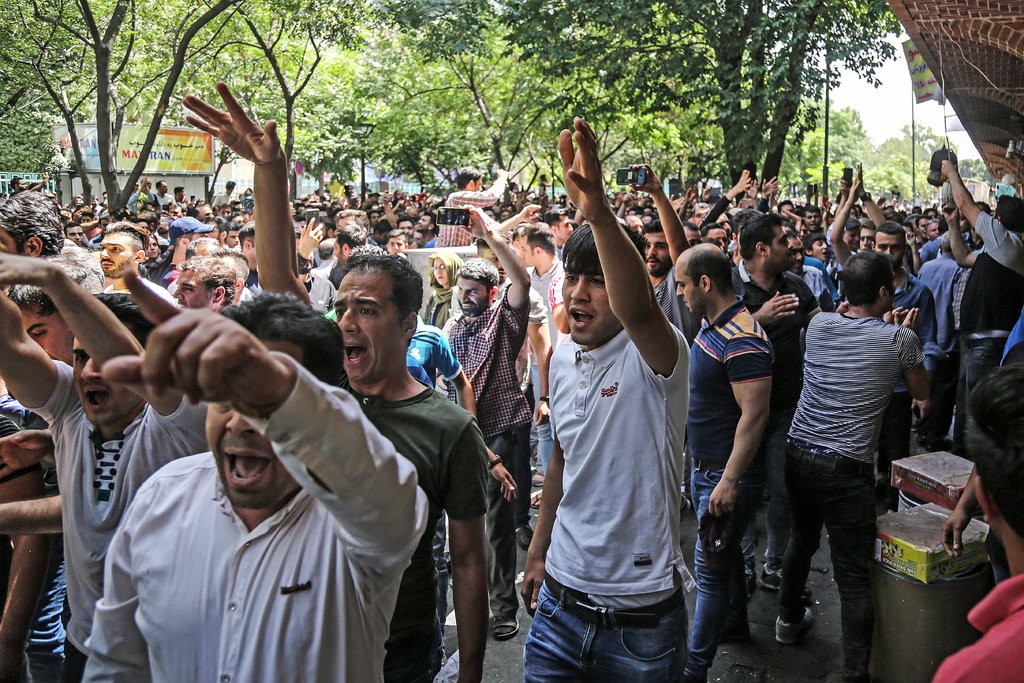 Iran has witnessed the political authorities’ underestimation of national identity and the replacement of Islamic and revolutionary identities over the past four decades. As a result, part of society has felt humiliated and, with the slogan in favor of Reza Shah and the revival of nostalgia, seeks to revive national pride.

Today (Tuesday, June 26th), for the third straight day, vast parts of the Tehran Bazaar are on strike, and people’s protests continue. In Saray-e Melli and Sabzeh Maydan, protesters demonstrated and rallied toward the regime’s parliament. The strike quickly spread to various parts of the bazaar on the streets of Nasser Khosrow, Maqsud Shah, goldsmith and watch sellers, Qaysariya, garments and blacksmiths bazaars, Moshir Khalvat passage and bazaar and the Iranian commercial complex.

“Finding a safe place for my savings has become nearly impossible,” said Asgar Kouhpaee, 55, a tradesman who for years made his living as an egg wholesaler. He said he always kept his savings in cars, but this year he missed his chance. A Toyota RAV4, a midscale SUV model that costs around $25,000 in the United States and sold for $68,000 here last August, now costs around $100,000, such feelings are widely shared. Many people seem to be blaming their leaders, rather than President Trump or others, for most of the problems, making the government hypersensitive to expressions of dissent.

Since the start of 2018, there’s not been a day without anti-regime protests in at least several Iranian cities. Now they’ve reached the capital,  “No to Gaza, no to Lebanon,” the protestors chant in one video. “Palestine and Syria are only a cause of trouble,” they chant in another.